I was interviewed by logo.com this month and here is the article that they wrote on me.

Why did you choose to move to Thailand?

Riley, always being a lover of travel, first went to Thailand to visit a friend, and that prompted him to attend a conference five years ago, and ever Thailand has been where he’s chosen to live. According to him, “it’s been the life of a digital nomad.” mirziamov.ru

As far as reasons that made him choose to stay, he mentions that it ranges from the cost of living being cheaper than the US, the great weather, exotic culture, as well as it being a hub for E-commerce, online and entrepreneurship community it seemed like the right fit for him.

How did you go about escaping your old 9-5 job?

Riley used to be a door to door salesman in the summer when he lived in the US and was attending college. It was that very two-week trip to visit a friend studying in Thailand, and that was a culture shock for him and made him reconsider his options.

Riley’s journey to quitting his job began at the end of that trip. He decided that he wanted to travel for a year; while doing his research on living and working abroad, he came across Johnny FD’s YouTube channel and found himself more invested in the ‘digital nomad’ lifestyle.

Riley and his friend Parker found themselves more intrigued by the concept of working abroad; it was through working in the E-commerce industry they began saving up after an announcement of a Digital Marketing conference in Chiang Mai. Attending that very conference in Thailand that October prompted him to stay on.

What has it been like working on Amazon FBA and private labelling?

Dropshipping was what both Parker and Riley were focused on. At the time, it wasn’t taking off, as far as Riley’s opinion on why that was, it’s merely because they weren’t doing any Facebook retargeting or email marketing at the time. Riley then found many friends working on selling products on Amazon prime and doing quite well, so they decided to get into it themselves. In doing so, they realized they were making enough money to continue staying out in Thailand.

With FBA, how it works is that Amazon already has their inventory in their warehouses, which is spread through the US, it’s the fact that they are based everywhere that they can distribute the products based on that fast prime shipping of two business days. Given that their products are stored in the Amazon warehouses, it also becomes cheaper for Riley than using a third party warehouse, which is another advantage with the automated FBA.

Private labelling works based on buying inventory from a wholesaler and putting your logo and packaging on the products, making them your brand, then shipped to the Amazon warehouse ready for purchase. According to Riley, what’s essential for success is creating products that aren’t like others. For that, he’s worked with the manufacturer to have unique functional features that make them stand out on Amazon.

How does marketing their products work?

With the products they create and put out, their marketing is only through Amazon, so there aren’t any other social media platforms that they advertise on, for Riley meant during the design process, ensuring that the products would meet the pre-existing keywords that Amazon connects with its search bar.

How this works is that if someone were to create a search on Amazon, they want to show up on the first page of results, their page, pictures, and videos also do matter, but for Riley, it’s that immediate attention they want.

As far as saturation goes with Amazon, in his opinion, Riley finds that there will always be specific niches that will be saturated, and it has a lot to do with timing. For example, there are multiple pages of good options with exercise resistance bands, meaning it’s hard, but there are other products with only a few, so knowing that is important.

How to Find a Niche?

Riley has realized and recommends using the chrome extension known as Jungle Scott; it’s an Amazon product research tool that enables you to get information on the numbers as far as sales volume and finding keywords.

You can do with this data to figure out if your idea is unique and in demand, or if there is a lot of competition that you want to avoid, using information like this is what he regards the key to success and has worked for him.

How does taking advantage of what is Trending work?

Riley believes that along with coming up with something unique, it’s also essential to take advantage of the different pages Amazon makes available if that’s the what’s a new page, the top sellers, most searched for, or even the shark tank products page, doing this gives you an idea of what is in demand among users.  He prefers going about it is taking a couple of weeks to do that market research and crunch those numbers; his method uses a spreadsheet to jot down every idea. According to Riley, with products on Amazon, once you’ve got a solid idea and it gets going though it’s hard work at the start later, it becomes just restocking inventory, so those initial stages of market research and idea formation are crucial.

What has life as a Digital Nomad been like?

Leaving his 9 to 5 corporate job, which he did for two years, was always a goal to Riley, and it was a job that left him feeling burnt out, so being able to travel and grow an online business has supposed surreal to him and been like living a dream.

As far as Covid-19 goes, it hasn’t affected business for him to the point where he has to shut down. The products they sell aren’t considered essential, so sales have been down 40%, but they are doing okay.

Riley’s lifestyle allows him to wake up and go to sleep when he wishes. It’s that freedom and flexibility that he considers the best thing.

Before the pandemic, his daily routine consisted of waking up and going to the gym, now it’s a run or home workout, followed by getting lunch and doing some work for the next couple hours, usually would be at a coffee shop or coworking space if things were normal but now is just at his condo, he then takes a break eats and finishes up work before goes to bed.

Is there a beginner’s guide to being a Digital Nomad?

Riley has been working on an Ebook that can be seen as a beginner’s guide after being frequently asked about his life and its steps to having his current lifestyle. It covers the ten best business models that his friends who are digital nomads and explains each. The book goes over what he has seen work and what digital nomads do, so with 2 of them being a freelancer or a remote employee, everyone’s goal long-term is to be an online business owner.

According to him, “It’s about choosing a business model, working on your side, hustle until you’re ready to blast off.” Riley finds everyone has their situations and factors to consider, so quitting your job depends on your savings and plan.

Riley Bennett has been a full-time Amazon seller since 2015, in doing so he has also built his brand to over 7-figures, he is the founder of the FBA lifestyle podcast as well as the 90 Day FBA Academy. He is also the author of Amazon FBA Secrets and has been a keynote speaker at multiple conferences on E-commerce. With over 10 years of experience in copywriting and sales as well as over 5 years of successfully launching products on Amazon, it’s fair to say Riley is a well-established entrepreneur and a top-level expert on Amazon ads and ranking strategy. 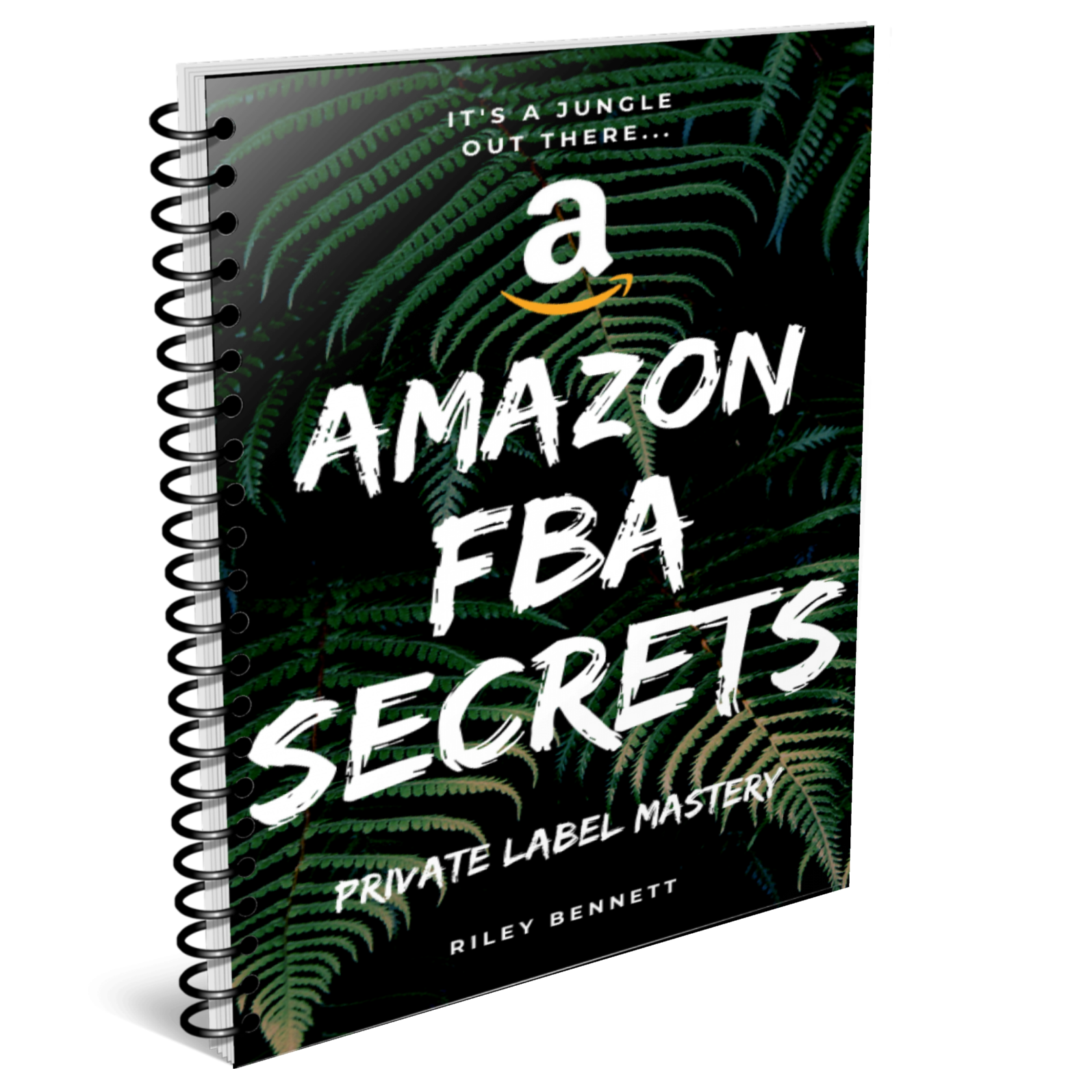