Okay, let’s just get this part out of the way… I think everybody has at least some desire to travel in their lives, so, that’s obvious.

But it’s when and how you make that happen is the tricky part. Luckily, we live in the digital virtual magical harry potter world of the internet so it is easier to make it happen now than ever.

We have flying busses and telepathic communication… I mean, what more could you ask for?

Basically, we’re in Asia because Parker signed up for the Study Abroad Thailand program at WSU 2 years ago. That set everything in motion and changed both of our futures drastically (for the better).

When he was studying in Thailand, he would call me back at home almost every day and rant about how amazing it was over there. Another friend and I were planning a trip somewhere that Summer anyway, so we said ‘why not just go visit Parker?’ So I spent two short weeks in Thailand, got back, and we both said conclusively, ‘we gotta go back.’

So we moved into a one bedroom apartment (yes, I slept on the couch for a year) and it became our incubator for the next year for figuring out how to get back to Thailand and how we were going to make money there. We looked at job opportunities including working at hotels, bars, being tour guides, promoters, and Teaching English (the most popular). 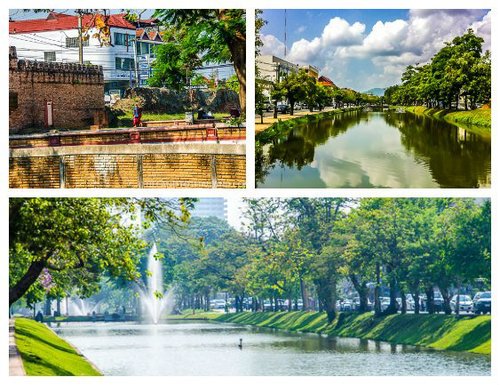 Not signing up for cable when we moved into our apartment proved to be the most crucial move ever because by consuming only YouTube, we were able to control what we consumed, which led us to find several travel bloggers which led us to understand the reality that there are tons of people traveling the world working online nowadays. I bought an Apple TV for 50 bucks from a friend and streamed travel videos on our TV each night instead of watching sports or other shows on cable. Eventually, you become what you eat.

We watched every video about living and working Thailand that we could, and we stumbled on Johnny’s video on his $200 apartment in Chiang Mai. So we followed his blog and found out that he’d recently started an E-Commerce business and was already making 4k per month working online and living in Chiang Mai, all while spending less than a thousand bucks per month there.

Then one day he made the announcement that there was going to be a global Meetup in October in Chiang Mai for entrepreneurs to come learn about Drop Shipping and other E-Commerce methods, and to take your business to the next level while experiencing the city of Chiang Mai, the ‘Digital Nomad Capital of the World’.

Working online seemed like the best option for us, so we signed up right away. This was our chance to surround ourselves with people who have the same mindset and are trying to do the same thing as us. We understood that you become the average of the five people you hang around the most.

When you make money independently from a location, it’s a dream come true because you can move cities whenever you want! We were determined to make that a reality because we saw other people on the internet who were already doing it. If they can do it, why not us. That was our mindset.

This was in the Summer that we decided that the October 7th Meetup would be the day we move back. There was no missing this date. So we both continued working our shitty jobs and saving up as much as we could. I had sold internet independently door-to-door for the past five Summers so I just did that so I wouldn’t get sucked into a corporation, and Parker worked at a the Marriott.

The hardest part was saving enough money to go. I was still unsure up to a month before D-day that I would have enough to last me enough time to build a profitable online business (6 months was our goal). But luckily, Parker bought his ticket first and so I had no choice but to buy mine and say f*ck it. I left with much less money than I had hoped, and I had signed up for 3 credit cards leading up to it to earn flying miles, which I am still paying off, but at least it got me here. 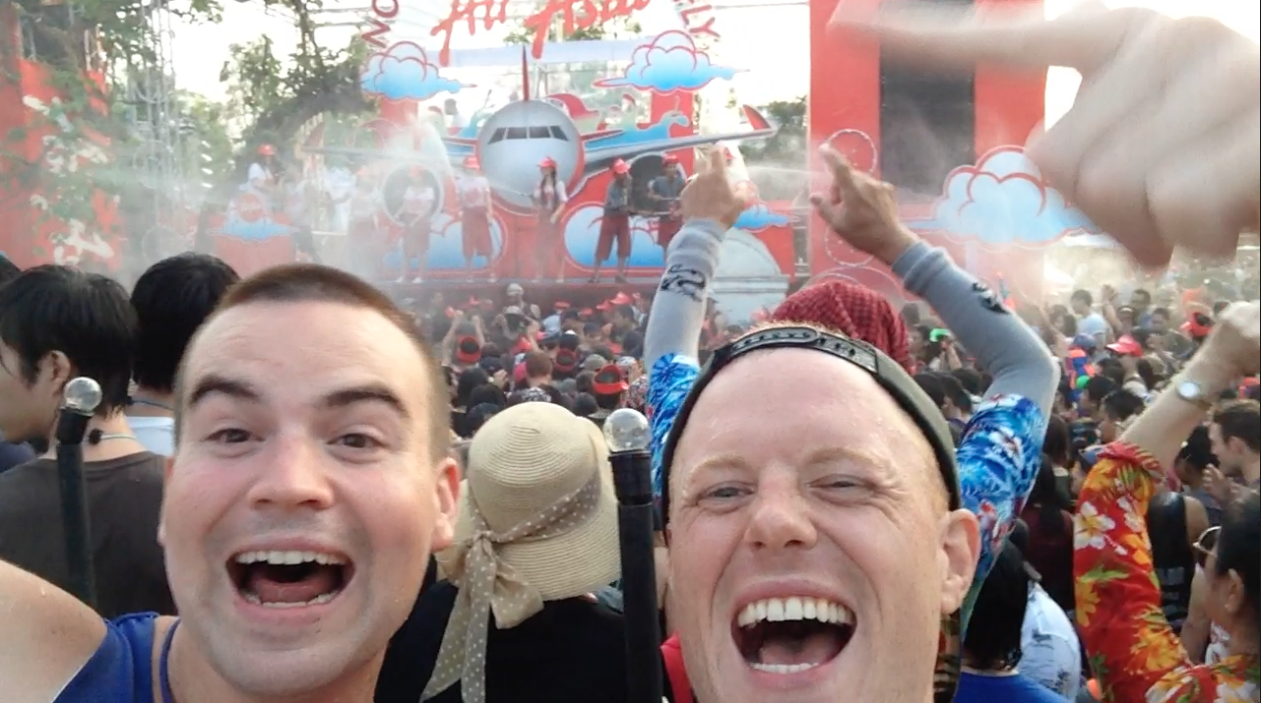 In short, because it’s so freakin cheap (one of the cheapest cities in the world) and has all the amenities you need. So it’s a great place for the bootstrapping entrepreneur  Over the past few years, CM has gotten more popular for online entrepreneurs and freelancers to work from, and now has come to be known as the ‘Digital Nomad Capital of the World.

As someone else put it:

“Chiang Mai is touted as the ‘Digital Nomad Capital of the World’. It has a large community of expat business owners who mainly work in the online arena. Southeast Asia is relatively cheap compared to the rest of the world, so it’s a great place for the bootstrapping entrepreneur. There are lots of coffee shops, great internet, and the people are very nice. It’s a real laid back atmosphere, great food, great cultures, Great WiFi – a lot of great features. A lot of business people come here to take it to the next level. There are quite interesting conversations about marketing and SEO and how to take it to the next level. You can lower your expenses, have a lifestyle, and build your business.“

We had started working on our Drop Shipping stores that Summer and continued optimizing them at the coworking office Punspace with a bunch of other guys from the Meetup. But after about three months, no stores were really turning a full-time profit.

So everyone switched to Amazon! 😀

Luckily, one friend at the Meetup had started with selling thru Amazon FBA right away in October after it was presented as one of the top strategies today, but the startup cost to buy inventory put everyone off. But his product was doing so well on Amazon in just 2 months that everyone followed suit in December.

We spent two months researching a product and eventually placed a test order for $1000 of inventory, but shit hit the fan when Alibaba (the website where you buy stuff from Chinese factories) confiscated our product from the factory because some company in the US threatened them with copyright infringement. But that’s business.

So we had to start all over again picking a new product. In February we made our test order of our new product from China, it went live in March, and sold out in 3 weeks. We are currently placing our next order.

Why has everyone in CM started to use Amazon FBA? It’s proven to be the easiest, fastest, and most hands-off way to start selling a product online. We simply go on Alibaba.com to find a product, chat with the supplier on Skype to negotiate prices, order a sample, then have them ship the boxes of product directly to the Amazon warehouse in the US, and they sell it online for you. Simple as that. All you have to do is write a sexy description and take some sexy photos of the product. We have at least 10 friends in CM who all do this successfully who started in the last year.

For more on the method, I wrote a blog here:

It’s more fun to be different.

Living in Chiang Mai is my first international living experience, and it has been the most interesting, beautiful and fun 6 months of my life. We haven’t really traveled around much, just to Cambodia for a month (the best month ever btw), since we have been bootstrapping, but our goal is to ramp up our Amazon business until we can travel to new cities.

So that’s why we’re in Asia. To live cheaply and surround ourselves with people who have already done what we are trying to do: break out of the JOB paradigm (Just Over Broke), start an online business, and travel while working remotely.

We’re not inventing anything new, just paying attention to what others are doing.

– Our First Amazon product Launched in July 2015 and we are still selling about 15 units per day, while living in Saigon, Vietnam for most of the past year. We just visited back home for a month and now I’m writing this from Chiang Mai, Thailand. 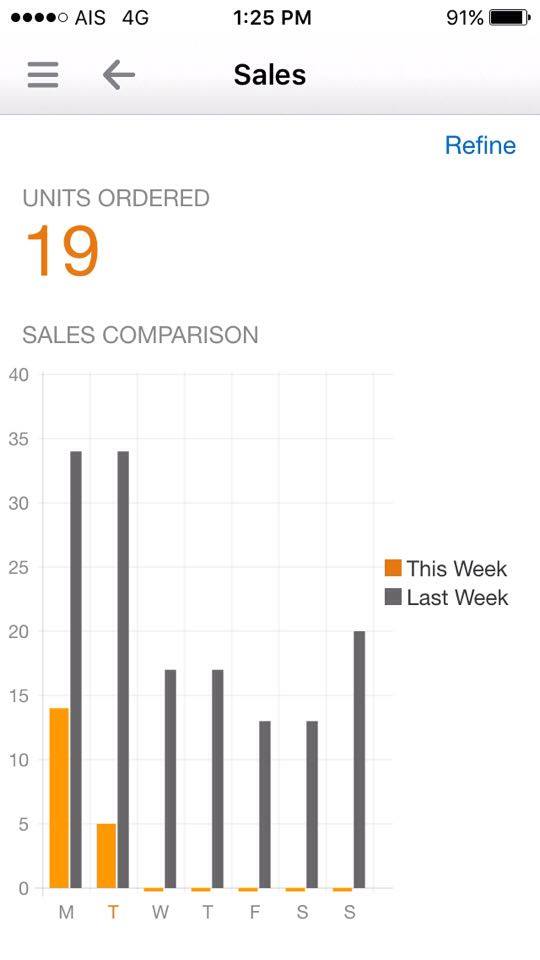 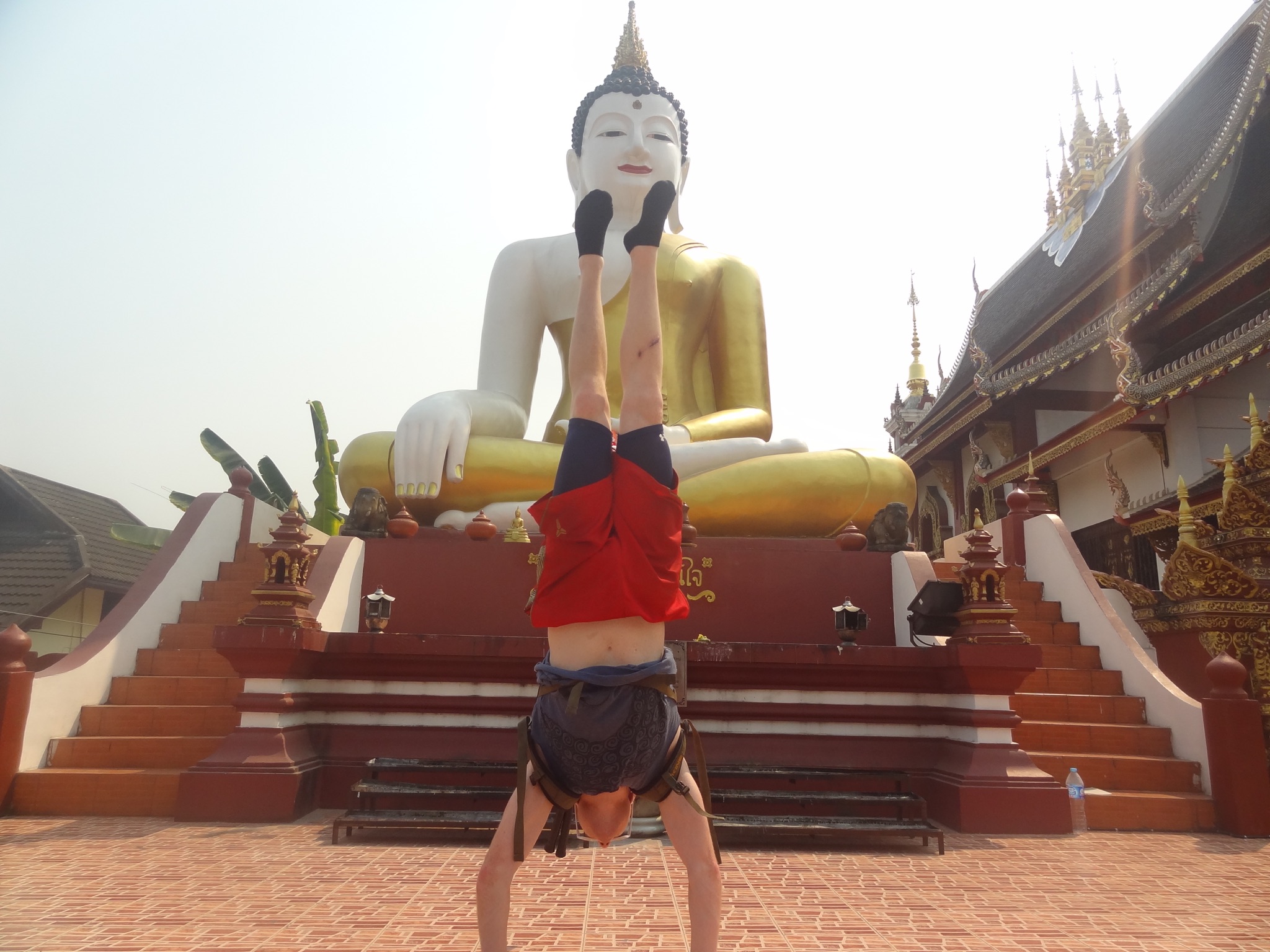 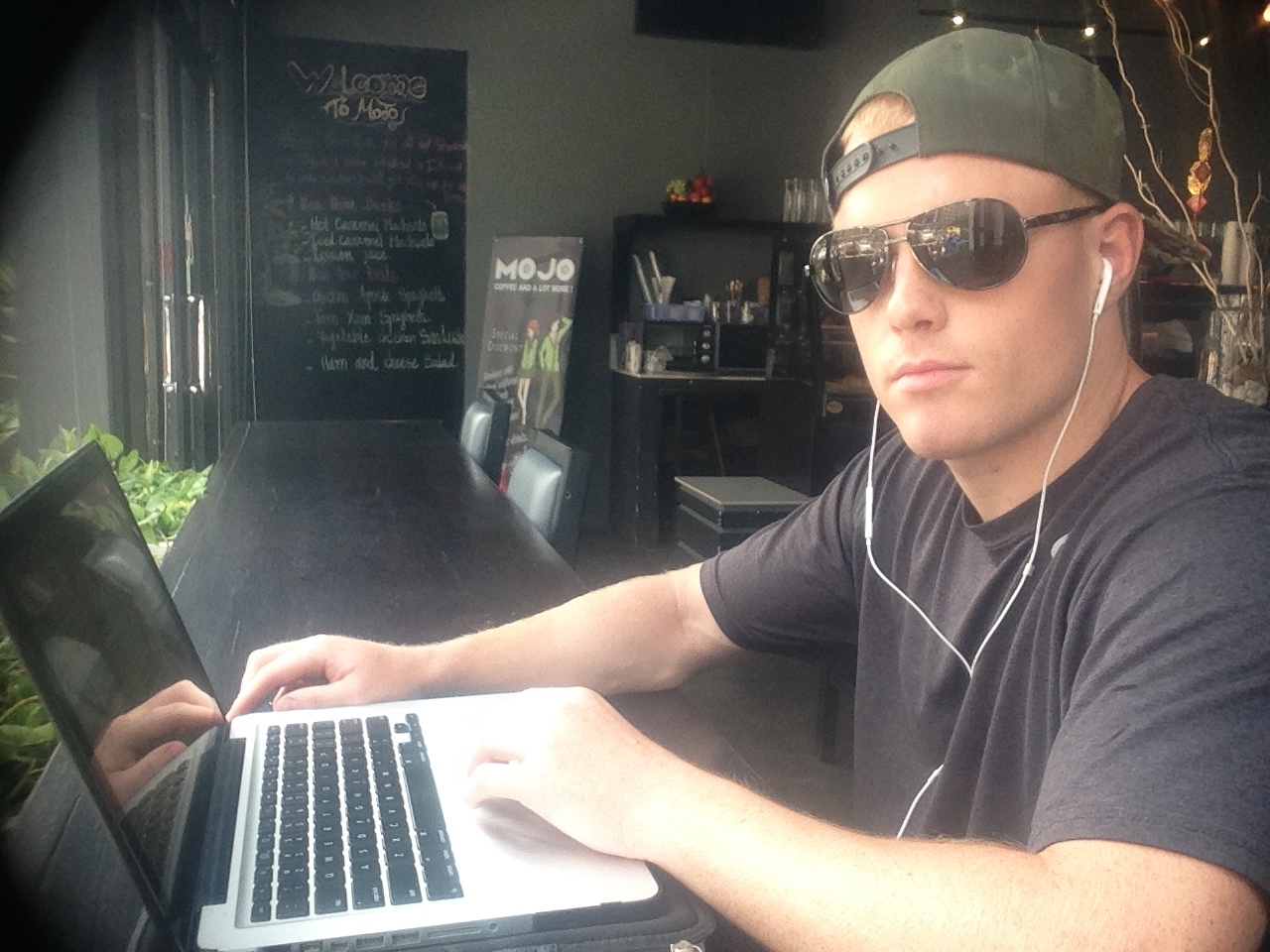 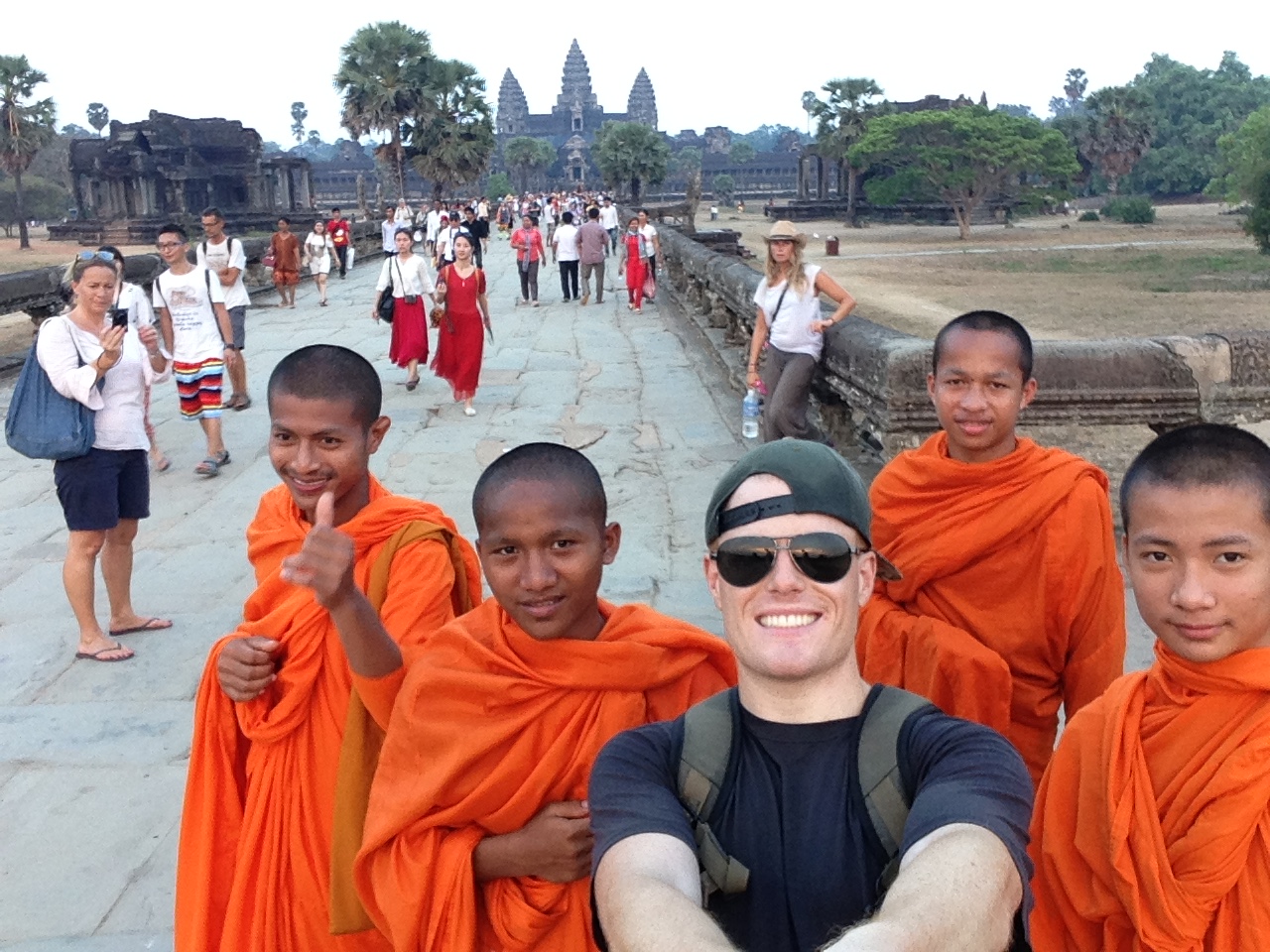 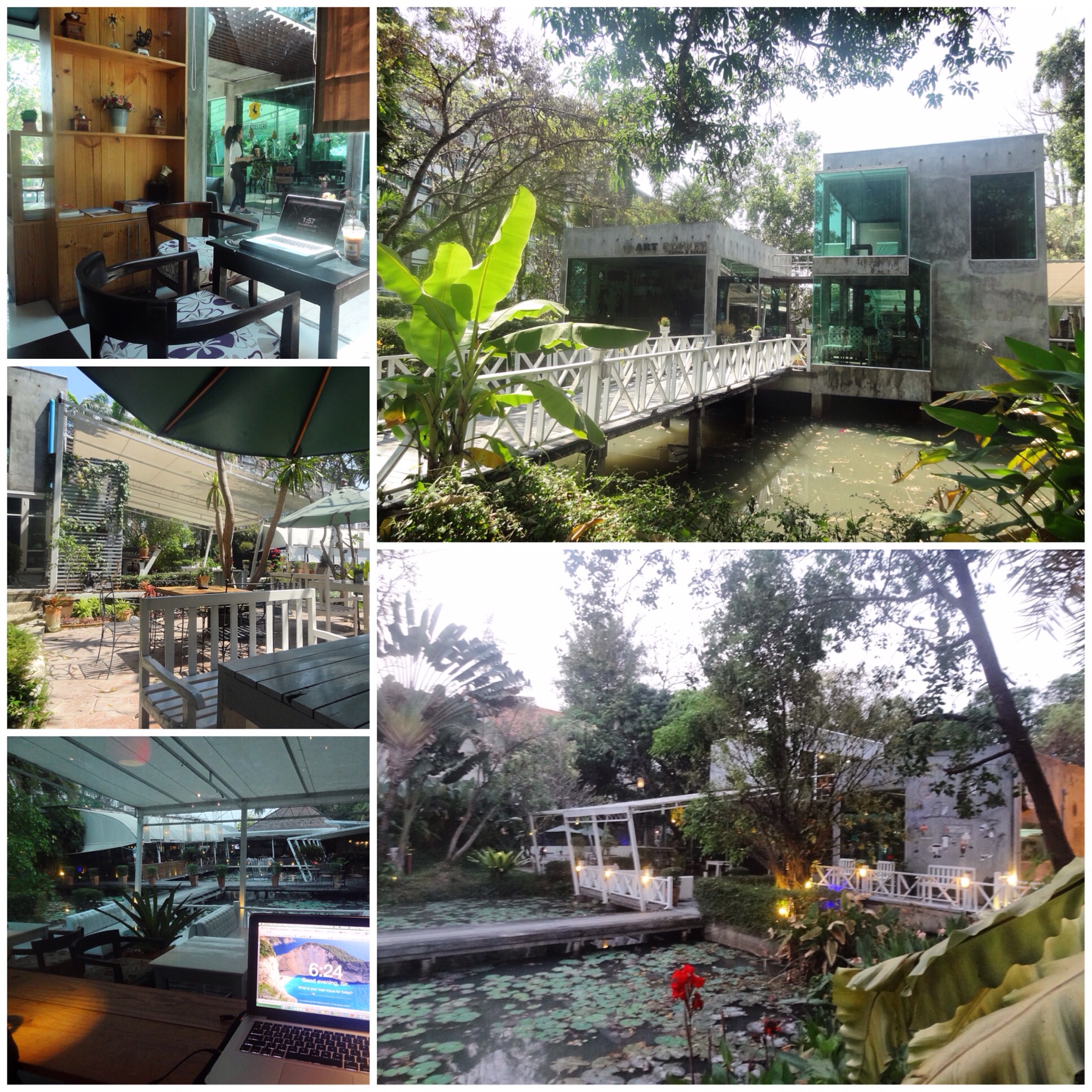 15 Years Later: 15 Crazy Technologies That Didn’t Exist When ‘The Matrix’ Came Out

http://www.youtube.com/watch?v=fRUMLxNVVfE We're back in Asia! Why Ho Chi Minh? All the Chiang Mai-ers come to HCM during the burning season and have reported only good things about it so, we decided it would be the next city we check out as aspiring digital nomads. It's got a good digital nomad scene here, and is ranked in the top 5 digital nomad ...

Bali Cost of Living – Canggu (Top Digital Nomad Destination) [2021]
Istanbul for Digital Nomads – Review!
The Life of a Digital Nomad with Riley Bennett
Amazon FBA Sales Machine: How To Literally Guarantee Sales From Day One Without Being A Social Media Celebrity Or Having ANY Following To Start!
How To Make Your Amazon FBA Competition Totally Irrelevant!