China Travel Guide: What to Know Before You Visit | Tips, Tricks & How to
Most Popular Travel Guides

China Travel Guide: What to Know Before You Visit | Tips, Tricks & How to 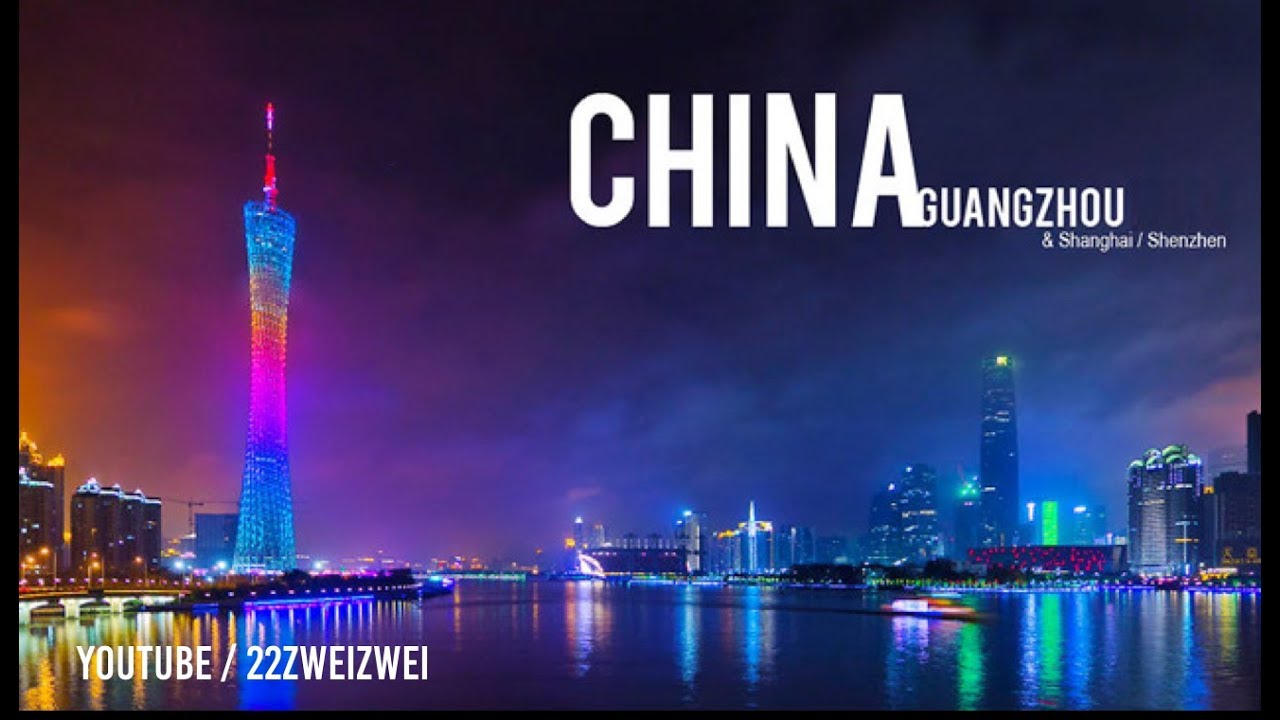 Enter your email to be notified when my "Guangzhou Travel Guide / What to Know Before Visiting China" VIDEO is ready:)And share your tips in the comments and I will  include them in the video guide!

Traveling China: What to know before visiting — By Riley Bennett 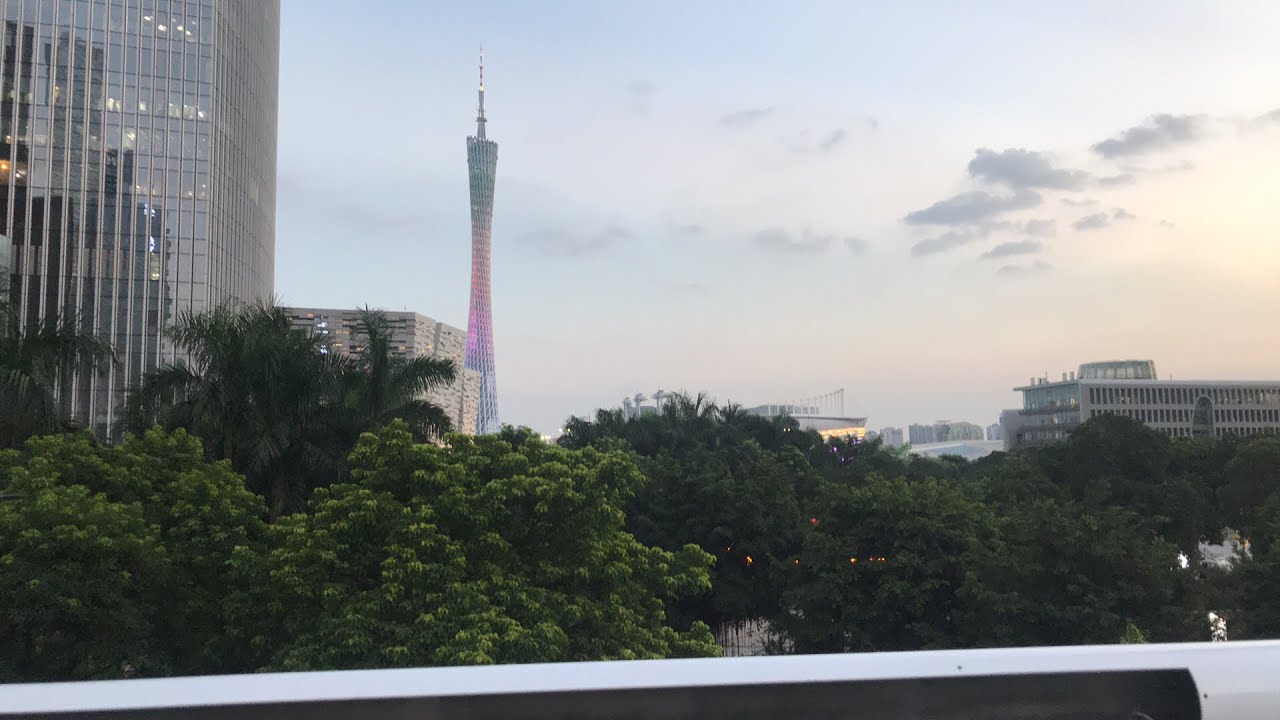 I’m definitely not the China expert – we only did 3 weeks in China,  and only one city – Guangzhou.  But for what it’s worth, these are my tips and experiences that I share when my friends ask:)

1. Download WeChat — setup your account before arriving. It requires a phone number. Try to setup Alipay – I haven’t tried yet but.. Everyone in China pays thru their phone via AliPay or WeChatPay, but WeChatPay requires a Chinese bank account/card. Not sure if Alipay is easier to setup, but it would’ve been nice to be pay like a local. From street food to 7-11, people use their phones by simply scanning the vendor’s QR code, all done within the WeChat app.

2. Setup a VPN  – Set it up before arriving! On your phone & computer. I paid for a month of ExpressVPN for $12.95 USD (turn off auto-renew). It worked solid around 90% of the time.  Fast enough for watching videos & even streaming live to YouTube, FB, Snapchat, Instagram etc.,

*Update: I posted a video asking people for their VPN tips… after a month of reading comments, it confirmed my hunch that Express VPN seemed to be the most common one used, and most stable reviews.

Get ExpresssVPN – we both get 30 days free with my referral link – http://www.expressrefer.com/refer-friend?referrer_id=14144980&utm_campaign=referrals&utm_medium=copy_link&utm_source=referral_dashboard

3. Get your Visa, obviously – We got the 10 year multiple entry visa in Hong Kong, and it only took 2 days for around $250 USD.  Yes, a TEN YEAR MULTIPLE ENTRY Visa (Tourist visa.. aka regular visa…)  The agency we used is here – http://www.fbt-chinavisa.com.hk/contact.html – on that site you can read about all the requirements to bring.  You can also get it done at other travel agencies or China consulates in other countries. The China Consulate in Thailand at the time wasn’t accepting new tourist visa apps at the time, so that’s why we did it in Hong Kong… But the HongKong experience was pretty darn easy so it’s a good option as well – get it there and check out HK for a couple days if you haven’t been. 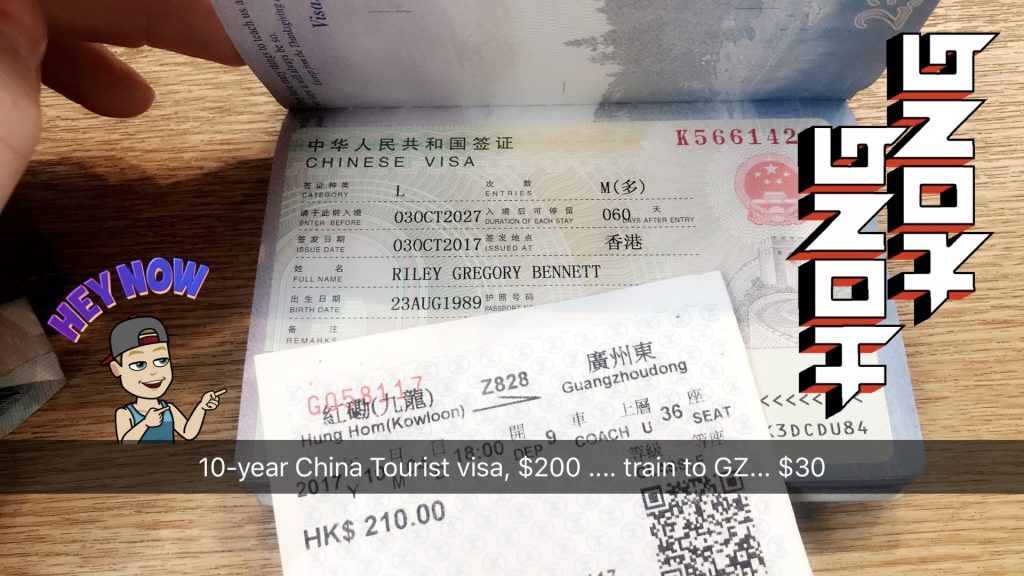 Tips While You’re There

1. Internet — with your VPN setup, the WiFi speeds will be basic, but workable. Able to watch YouTube videos, but super slow to upload. Even Starbucks WiFi (there are a million) is basic speeds thru VPN, like single digit upload/download. But backing up my footage to GooglePhotos was painfully slow .. so I eventually decided just to wait til back to Thailand for that .. I was able to upload a single 10-min HD youtube video overnight though, using our Airbnb WiFi. So do any major downloading before you arrive bc it will be slow there, like music or apps or large files.

2. SIM Card — as always when you arrive in a new country, get a local SIM. I always do it at the airport bc it’s the quickest – you may pay a little extra at airports but I like to be connected right away. Or go into any store with a 4G sign, like China Mobile. The 4G service was actually faster for uploading than public WiFi (same same for a lot of countries). With 4G I was able to watch YouTube, instantly post vids to Snapchat/Instagram and even do a livestream on my phone (VPN on of course).

3. Language — most people speak very little English. Some none, some fluent, and everything in between. Basic words to know — ‘ni hao’ = hello ; ‘shay shay’ = thank you. WeChat = ‘way-shin’ ; massage = ‘massa-jee’. Get the google translate app. I used it to chat multiple times. And you can even use the camera to read Chinese.

4. Cab drivers — almost always zero English except Hello, Okay, Bye Bye. But it was zero problem – just show them the destination name or address in Chinese on your phone and you’re good. They were very nice and never tried to give us the run-around (unlike HK drivers).

5. Public bikes — You will need WeChatPay or Alipay use the public bikes that everyone uses, which have sprung up all around China just in the past year. They EVERYWHERE downtown, lined up on most major street corners. Like thousands of em. This was my biggest regret of the trip, not having Alipay set up, so I couldn’t use the bikes.. I did ask a random young local sitting nearby to check one out for me once .. Just asked ‘Hey can you help me with this?’ and pointed to the bike.. and they did it happily.. it’s basically free. They are so convenient! A great way to get around and just explore!

Update: my sourcing Agent was so nice that she logged into the Mobike app on my phone, using her account, so I was able to use Mobikes (the orange ones) on my own… So my advice is to get a nice local friend to let you use their account! It’s just like a Uber account. Just download the app – there’s also Ofo, the yellow bikes – and they sign in with their account. Now you can just scan and go! (As long as they aren’t riding at the same time;) 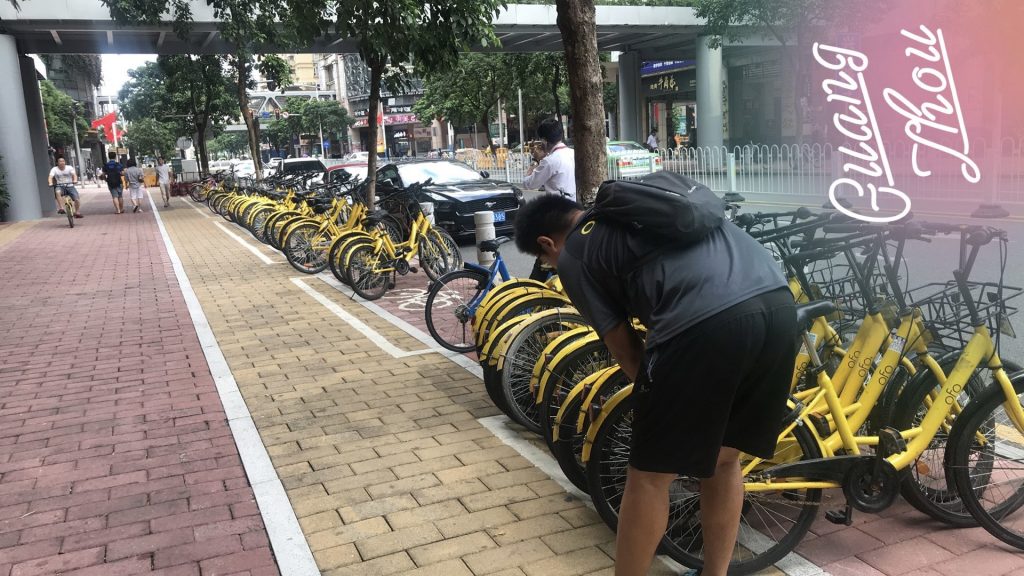 6. Speaking to Girls — since most Chinese don’t speak fluent English, the easiest way I found to figure that out quickly if someone speaks English, like just a cute girl or example, is to say something in basic English like Oh hi! Hey what’s your name? Or Hey can you help me? Then based on their response you will know how fluent they are, or they even understood you haha. Most girls knew ‘what’s your name’ and ‘where do you come from’ (Chinese favorite question to ask) .. then after that ask a more complicated question to see if they’re conversational. 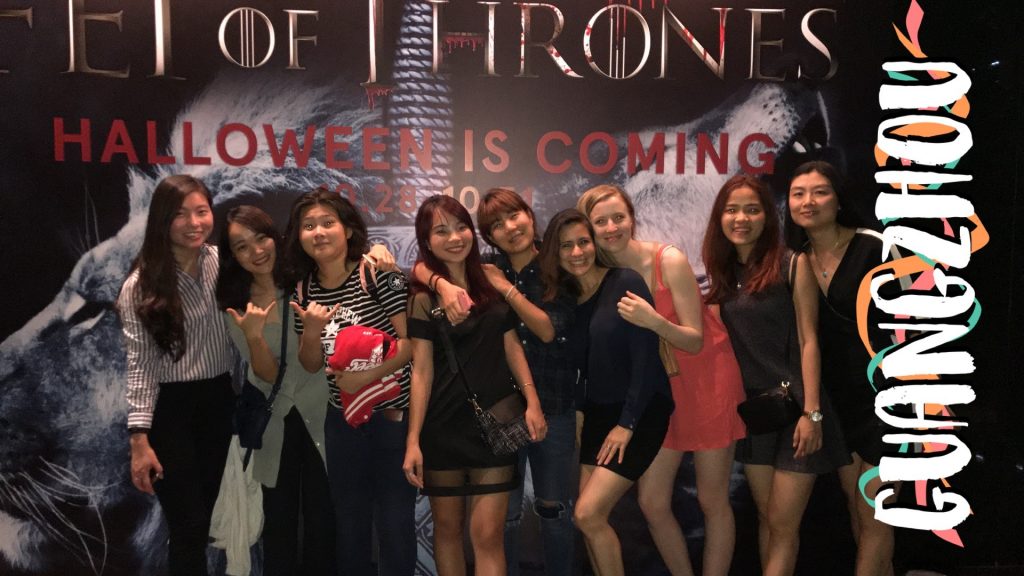 1. The ‘Spa Club’ experience — I’m sure this isn’t unique to just china, but it was a first for me. They were all around in Guangzhou. You basically pay the price for a massage, but that gets you 24hours access to the whole facility like pool, sauna, lounge, food and more. Just search ‘Spa Club’ and read to reviews to see what’s included & prices. We went to one called No.9 Spa Club – Google it and go:)

In Guangzhou, No.9 Spa Club  had the biggest pool/sauna/steam/coldplunge area I’ve ever seen, plus a movie theatre, buffet, sleeping area, games area (arcade, billiards, pingpong), a small gym with weights, Private movie rooms, and private business rooms, all that included in your massage price of around 500cny/75USD … and even an attached restaurant and hotel for extra. We slept in the free sleeping area which is Iike a big dark and quiet area with a hundred Lay-flat Lay-Z-Boys with personal TVs attached, and they give you a comforter to sleep or just chill as long as you want.

3. Tower view — as I always recommend when visiting a new city, is to go up the tallest tower on the first or second day to get a scope of the city. In Guangzhou, we went up the Canton tower, called ‘Guangzhou tower’ by locals. There’s even a ride at the top, but it was too windy so the outside stuff was closed. But still a great view and great photos. A always, for sunset would be idea, but expect long lines. There’s also IFC Tower that has a sky bar,

4. The Karaoke aka KTV Experience — this was recommended to us, but we didn’t have time. They’re all over. We did go to one in Vietnam though, but only once so idk if they’re all basically the same or what. Quite the funny experience, especially with a group of friends. I’m not the expert and there are different types, so just read the reviews. Basically private party rooms with karaoke singing and alcohol. Can be a good pre-funk option before the clubs. Some provide hostesses/girls to party with you, which you may or may not be able to pay extra to leave with you. Just read the reviews for the best one.

5. Local Chinese food — al always I like to try the best famous local cuisine. Search the blogs for the best of what you’re looking for. Guangzhou: down the alleys on Computer Street is what I call a ‘streetfood street’ with some delicious looking stuff. You won’t see ‘streetfood’ vendors around downtown GZ like you would in SE Asia.

6. Nightlife — Guangzhou: New Town / Times Square area for dinner & prefunk, and Party Pier 12am-5am. Party Pier has a bunch of good bars and clubs to choose from. Start out maybe around 11-12 out on the top floor of the pier with a hookah and drinks with a view, then head down to the clubs and bars. 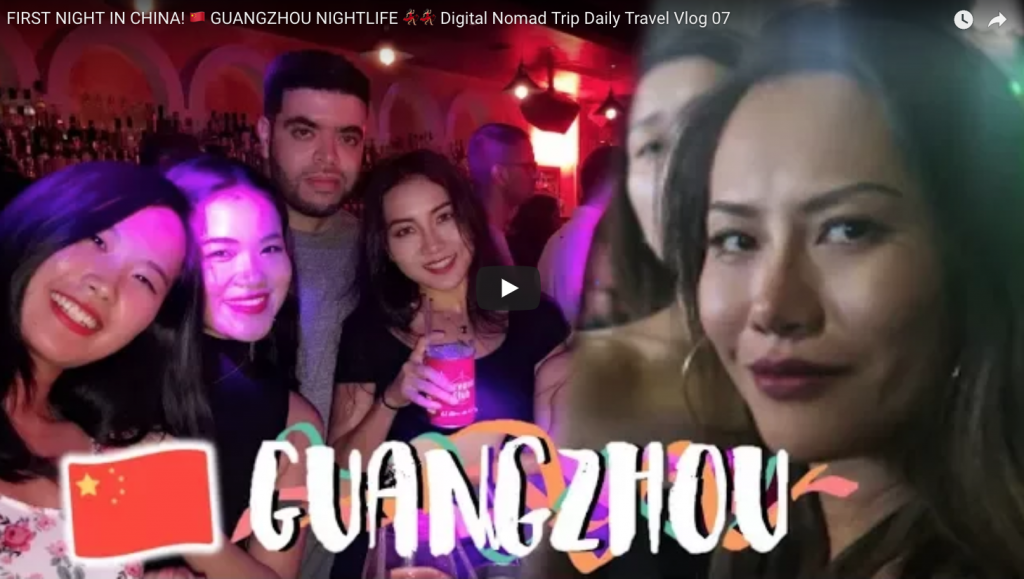 7. Guangzhou Metro — aka underground subway. Use it. Know it. Love it. I commuted daily on it for a week and loved it, as it was my first daily subway commute routine in my life. You can get literally anywhere. And it’s so simple. And it’s all on Google Maps so you always know where to go. Tip: exit out the correct exit according to your destination – Google Maps show the exit locations (as they can be blocks apart.) 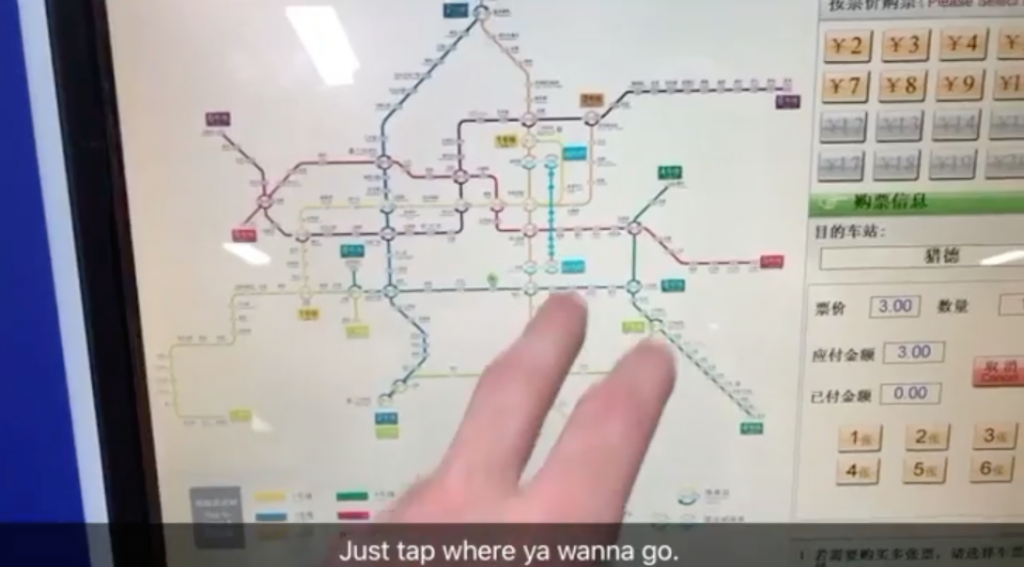 8. Old Guangzhou — it was on my last day, and oh was it worth it. Got to see some “Real China”. Take the metro to the western part of the city. To Huangsha station. Then get a bike if you can and ride to the Temple of 500 Buddhas, check that out then just wander around that whole area, up towards Chen Clan Ancestral Hall station. Good pics!

Funny story:  The night before I planned to go on my ‘real China’ tour, I met an American guy at a bar who does historic tours of Old Guangzhou – bhttp://www.bowtiehistory.org/tours – or on TripAdvisor – https://www.tripadvisor.com/Attraction_Review-g298555-d12882070-Reviews-Bowtie_History_Tours-Guangzhou_Guangdong.html 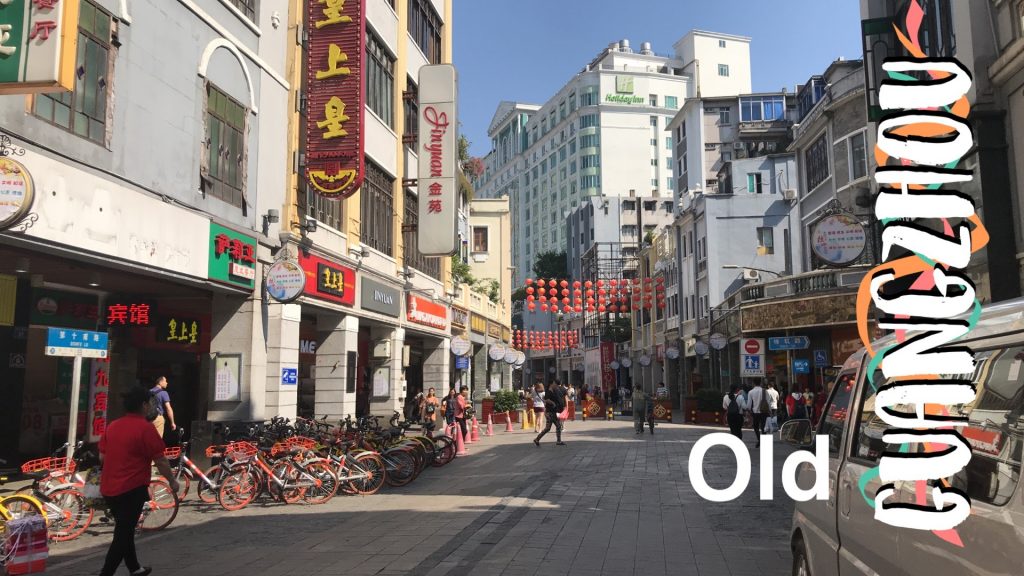 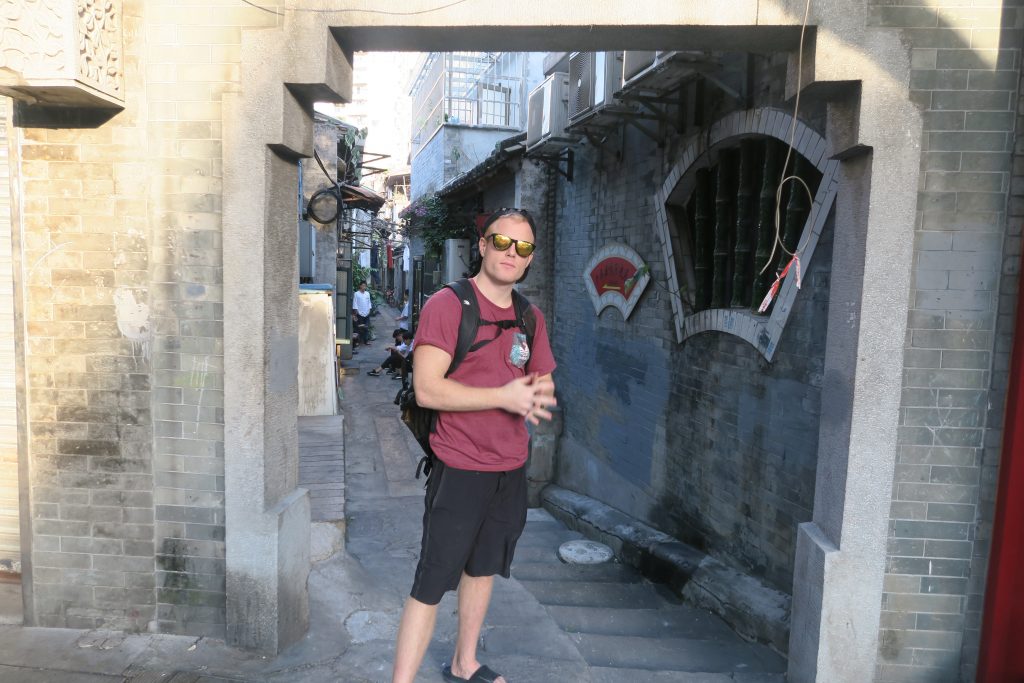 Enter your email to be notified when my "Guangzhou Travel Guide / What to Know Before Visiting China" VIDEO is ready:)